Bayside Performance recommends Drive Systems sprockets for all BST applications but any sprocket that has the following measurements will work: 5 (10mm holes) with a PCD (Pitch Circle Diameter) of 100mm and a sprocket ID of 76mm.

A lighter rear wheel is easier for the shock to control properly, which leads to superior power application and much higher trap speeds in competition and track days.

Using high-tech processes pioneered in the aerospace industry, BST wheels are manufactured in a single molding operation. This technique produces a wheel that is far superior in strength and much lighter than any aluminum or magnesium wheel, and one that is light and strong enough for racing and street use.

BST wheels are a unique monococque (single unit) design with hollow spokes. The end result is wheels with unsprung weight reduced 40-60 percent compared to stock wheels. This delivers the lowest possible moment of inertia, a critical factor that affects all aspects of motorcycle performance.

Maximizing the molecular and structural properties of carbon fiber, BST has reduced spoke and rim weight without compromising their strength. Mass is therefore concentrated in the hub, reducing rotational inertia. This results in quicker acceleration and braking, allowing faster corner entry and exit speeds.

BST designs the tooling, molds, wheel and hubs, then manufactures them in its state-of-the-art factory. Precision cutting machines, like those used in the aeronautical industry, ensure that the process is repeatable and meets the highest certification standards. BST uses only the finest “prepreg” carbon fiber, which is embedded in a top-secret resin matrix epoxy. Carbon-fiber layup is done in a dust-free and temperature-controlled “clean room.” The wheels are cured in a superheated steam oven, or autoclave, at 260 degrees and 85 psi. This produces the best material compaction and smoothest surface finish. Every step of this process is logged, the entire history of each wheel is stored and stamped with a unique serial number. To ensure the highest quality manufacturing processes and components, BST’s entire operation is managed under strict, new ISO 9002 standards.

The hubs are attached to the wheels using a unique fastening system that combines high-tech aerospace fasteners, mechanical locking mechanisms and super-high-strength aerospace adhesive. In the event of rim damage the hub can typically be salvaged and the carbon rim replaced at a substantial savings over purchasing a new wheel.

All BST wheels come with aluminum 90-degree valve stems that are not only easy to access, but keep centrifugal force from opening their Schrader valves and deflating tires during high-speed operation. Track tested up to 274 mph.

BST products have undergone decades of research, development, testing and the most stringent certifications processes. They’ve been flogged at Rim Technology, Eurotype Test Centre and have passed all lab and street tests for certification from Germany’s TüV to the U.S. Department of Transportation, with flying colors.

BST wheels have been proven internationally at every level of FIM Grand Prix roadrace competition and in winning 12 championship titles around the world.

Established in 1992, BST is based near Johannesburg, South Africa. BST engineers and manufactures the world's finest carbon fiber motorcycle components from wheels and frames to fuel tanks and fenders, to the highest international standards. The standard equipment wheels on Confederate and Norton motorcycles, BST was also chosen to provide wheels and produce the carbon-fiber frame on the radical MotoCyz project. On the world stage, BST wheels have been proven at every level of FIM Grand Prix roadracing competition and have won 12 national championships. BST has sold more than 8,000 carbon fiber wheels around the world.

Be the first to write your review !

It is the responsibility of the customer to ensure correct and proper sizing when placing an order. There are no returns, cancellations or exchanges on any apparel, no exceptions. This includes apparel such as leather suits, jackets, pants, clothing, boots and gloves. If you have any questions regarding sizing, please refer to the manufacturers sizing charts or contact Bayside Performance for further assistance.

The following are final sale, no exchanges, cancellations or returns:

Shipping costs of the returned product is the liability of the customer; Bayside Performance does not accept any collect on delivery (COD) shipments. The RA number must be clearly marked on the outside of the box; returns without the marked RA number will be refused and may be returned to the customer. All approved returns must received by Bayside Performance within ten (10) days of the RA number provided to the customer. Always send your item back Canada Post with tracking and email us the tracking number.

All returned merchandise must be in its original packaging with attached tags, instructions and in new condition. Both the product and packaging must be in new condition free from scratches, blemishes, tears or dents. It is the customer's responsibility to ensure the returning merchandise to Bayside Performance is adequately packaged, preventing any loss or damage to the returning product. Any parts that have been removed from the package or attempted to be installed are not returnable.

All claims for missing products must be made by the end of the next business day upon the receipt of the order, after that time Bayside Performance will not be liable for any shortages. All claims for damaged merchandise must be made to the shipping carrier; ensure that you keep all shipping cartons and all packaging materials for carrier inspection. It is the responsibility of the customer to initiate any claims with the carrier.

Shipping and insurance costs are non-refundable. If a refund is approved by Bayside Performance, the reimbursement of money will be issued to the customer in the same monetary form as the payment was made to Bayside Performance at the time of the purchase.

Bayside Performance specializes in custom order hard to get or made to order items. Our website shows inventory two ways.

We are experiencing random Covid-19 lockdown related delays that are out of our control. We ask that you be patient during this time.

In stock items would be shipped same or next business day however inventory numbers are not a guarantee. If in stock items are not available to ship right away we would contact you with an estimate.

Available to order items where not discontinued the last time manually checked.They may have estimated time in which they should leave our store but this is not a guarantee. Available to order items must arrive to us first and be checked prior to shipping to you. We do stock the most commonly sold items and have a decent inventory however many items have to be sourced at the time of sale from many different distributors. We would contact you with a delivery estimate before processing your order if the posted estimate was incorrect or was not posted.

Bayside Performance only guarantees fitment of these parts if they are installed by a licensed tech with experience installing aftermarket parts. Bayside Performance reserves the right to investigate each fitment issue and decide whether the part is incorrect or incorrect installation is the problem. The customer is responsible to install parts correctly or hire a company with the skills to complete the work properly. Please call us for more details.

5 other products in the same category: 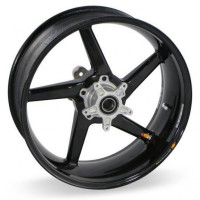 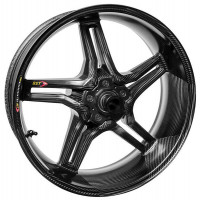